Growers of the month - Bodegas Ayuso 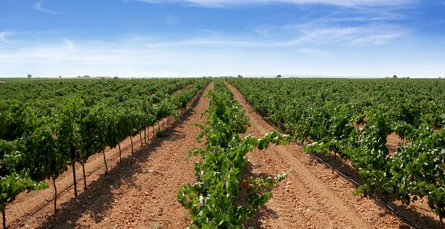 Each month, we will be bringing you the detailed stories of one or two growers in our portfolio who are producing excellent wines. This month, we are focussing on the La Mancha area in Spain.

When, in 1947, Fermín Ayuso Roig decided to found his own winery in Villarrobledo, an ideal location due to its climate and soil, he began a family tradition in vine-growing and wine-making that has made Bodegas Ayuso a reference of the highest quality and solidity in the market.

In 1961, the winery began the commercialisation of bottled wine after setting up cellars with Bordeaux-type oak barrels, which would become the first ageing facility in the region. With the 1965 harvest, the Estola brand was launched, the flagship of the winery and the first Reserve wine in La Mancha, which very soon would attract the attention of the specialist critics and personalities.

After different analyses of the various plots, the root-stock and the most appropriate variety were chosen and, by means of forms of training and pruning systems, different micro-climates were obtained, adapted to the different varieties. On the Estate, the planting density is high in order to achieve production from very low-growing vine-stock. Cultivation is on high in trellises order to avoid splashing and achieve the best aeration and healthy, quality fruits.

They study the best orientation depending on the varieties and the hours of sunshine, and submit the vines to hydric stress to control the yield and aromatic concentration. The grapes are harvested in the early morning, when the temperatures are at their lowest, and, after selecting the bunches, the grapes are immediately turned into wine.